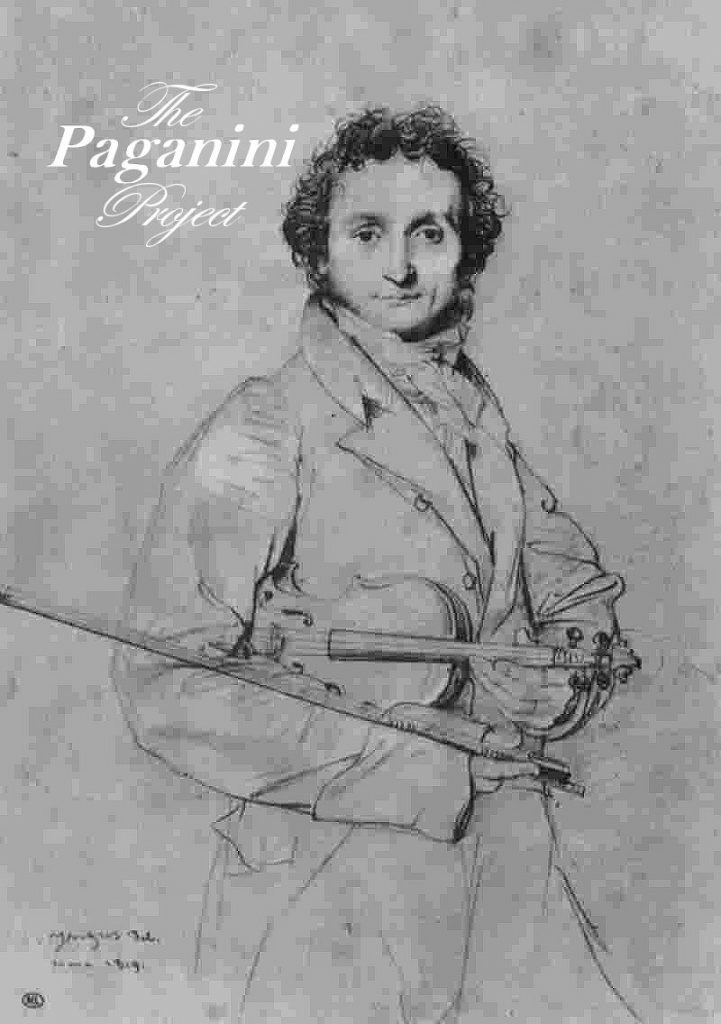 The Paganini Project was a series of 3 concert programs I created to be presented in the concert halls of Australia in 1990 to celebrate the 150th anniversary of Paganini’s death.

I’ve always been a little uncomfortable with that notion – celebrating his death – perhaps we were celebrating the end of his life – no, that’s not it either – in any case, the number 150 years was as good an excuse as any to put on a series of concerts and to my delight, the Italian Cultural Institute, Sydney agreed to sponsor and finance these concerts.

I’d had dealings with Paganini before. Circa 1987 a student of mine won the Sydney Guitar Competition Junior Section with a delightful Sonata by Niccolò Paganini and later, Jack Glatzer, the American virtuoso who was touring Australia needed a guitarist to accompany him in his program of Paganini violin Sonatas. My name was put forward and although the pieces were light and certainly the guitar wasn’t over employed, there was something charming, attractive and a little insane about these pieces and slowly I was drawn into Paganini’s devilish web.

Niccolò Paganini, was an Italian. He was born in Genova in 1782 and was buried in Parma in 1896 which was a little late because he actually died in 1840. The church refused to bury him because of his alleged association with the Devil. I was touring Europe in 1988 and I took the opportunity to visit Genova and made contact with the Institute of Paganini Studies which was run by a English man who had lived so long in Italy that his mastery of the Italian language had coloured his native English accent in the strangest way and although he was as dusty as the huge number of books, scores and records that lay around his rooms, he was incredibly generous with information, recordings and scores and he directed me to the Genova Townhall where I would find Paganini’s Guarneri Violin.

The Townhall was closed for renovations. Everything gets renovated in Italy. Italy itself is in a constant state of renovation but despite this, the buildings continue to look as old as they actually are. I banged on the door being careful not to be the cause of any further renovation work and the door opened. In my remedial Italian I explained about the Paganini Project and immediately the gentleman took me through a maze of corridors and halls until we stood in front of the magnificent and oversized glass case that contained Paganini’s Guarneri Violin.

It’s an amazing thing to be in the presence of and instrument like that. I remember recording with Barriemore Barlow in his studio and in the corner was an old Hammond Organ he told me was used by Jethro Tull and played by John Evan on the Thick as a Brick album. I was in Frank Zappa’s studio after he died, and my host pointed out the Fender Stratocaster that Jimi Hendrix had given Frank. And then in the Metropolitan Museum of Art, in the musical instrument room, I came across the Ramirez and Hauser guitars owned by Andres Segovia. I almost fell to my knees. On Paganini’s Guarneri Violin would have been the DNA of the great maestro. Molecular indeed but certainly a brush with fame.

Paganini violin parts are not for the faint of heart. I needed a real virtuoso, and Wilfred Lehmann was recommended. I didn’t know it at the time, but Wilfred Lehmann is one of the towering figures of the Australian classical music scene. Virtuoso Violinist, Conductor, and celebrated Composer but I was warned though that although Wilfred was a great virtuoso he was a little like Aristotle in the mode of Monty Python.

Next I found the Danish maestro, Georg Pedersen to take the cello seat. One of my fondest memories of Georg is the moment we first went through the Moses Variations which he’d arranged for Cello and at the end he absentmindedly waved his bow about and said “You know, I think I prefer the guitar as an accompaniment instrument to the piano. The piano, it’s too, heavy. The guitar makes everything easy”

And finally, I met the great German Viola player, Hartmut Lindemann. This name too came with a warning as Hartmut was considered to be a tricky character on good days and a cranky old German on the others. It wasn’t true. Hartmut and I got along like a house on fire. He was the one who wanted to rehearse. A lot. And the results were truly fantastic, and I still consider him a dear friend.

Other members of the Paganini Project were Alex Todicescu on Violin and Marc Bonetti, the last student of Jacqueline du Pre.

This is what we ended up with.

The time was the end of the 1980’s and in the world of ‘serious music’ and particularly in Australia, Atonality and his brothers Horrible and God-Awful still held sway but I’d never been convinced by this trio of musical terrorists. Nope! I like a good tune, a wonderful melody, I am a romantic and Paganini is full of romance but there were those who asked me: “But, is Paganini really a ‘great’ composer?”

And that remains a thorny issue but I’m not sure that it’s a completely relevant question. I don’t think Paganini’s project (his, not mine) was to be a ‘great’ composer. In fact, it’s unlikely any composer actually went for that title. The term ‘great composer’ is always an epithet bestowed posthumously by someone who stands in a position of supposed authority, a critic, a musicologist, who really likes that composer’s music and thinks it’s just really great.

Paganini’s project was to break open the technical boundaries of the Violin and he over-achieved that in his Opus No. 1, the 24 Caprices and indeed, the 24th Caprice remains one of the all-time popular classics from any period and has drawn what are agreed to be ‘great’ composers to write their own variations on Paganini’s simply but robust little tune.

And that’s the point about Paganini’s compositions, well the good ones. They are robust and stand the test of time and even if you look at them through the lens of Atonality and his brothers Horrible and God-Awful you’re still stuck with “damn, he could write a good tune!”

So, did he have enough technique and creativity as a composer to keep up with these newfound violin techniques of his? Well yes he did inside of the best that was available to Italian composers of his age. Did he try to break harmonic boundaries? Certainly no, but those weren’t the boundaries he was trying to expand. What he did was make the Violin worthy of a position take the main voice in Concertos by Beethoven, Brahms, Tchaikovsky through to Stravinsky.

Listen to those concertos and your listening to Paganini’s legacy.

And finally, guitarists complain that Paganini’s guitar parts are too easy but surely this is part of his genius insofar as he was able write guitaristically and logically for the instrument without tearing the guitarist inside out the way modern guitar composers like me sometimes do.

I’m incredibly grateful to Niccolò. Without his wonderful music I wouldn’t have had the opportunity to perform with such great string players to such full houses.

I do wish he’d stuck to the guitar though. Think of the boundaries he might have knocked down in 24 easy steps. But then, is that simply a caprice? 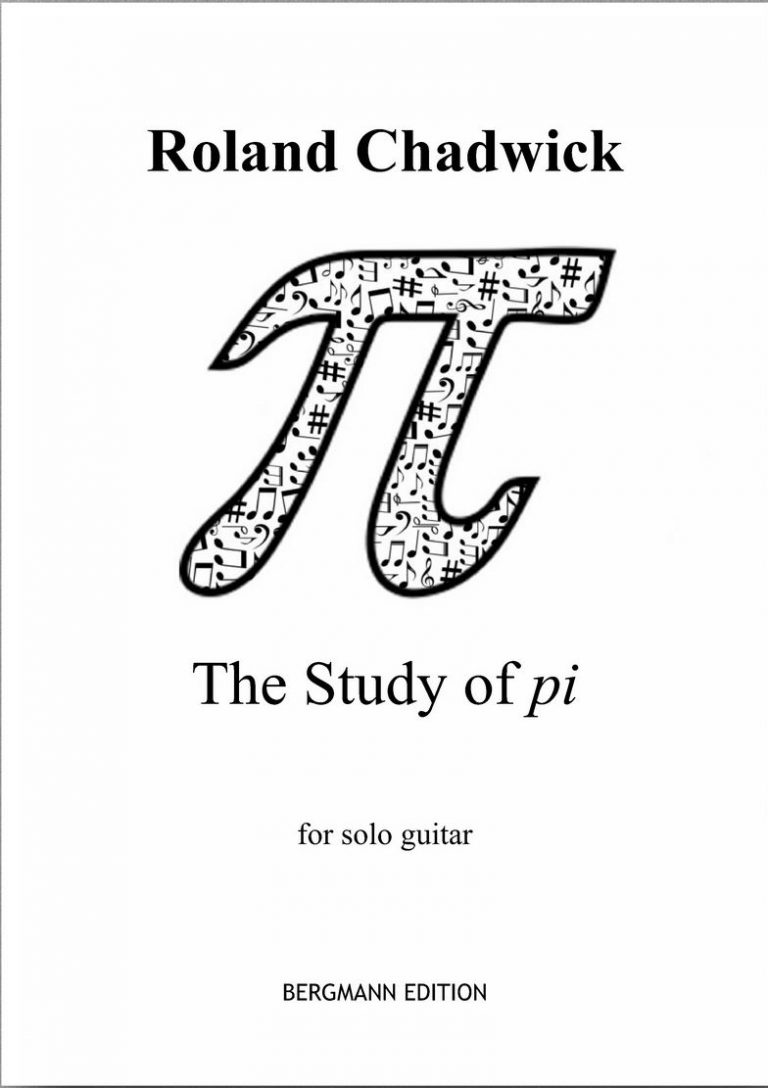 In 1988/89 I spent some happy weeks and months in Italy and Mexico performing and immersing myself in Latin culture. The food, wine, people,…
Read More